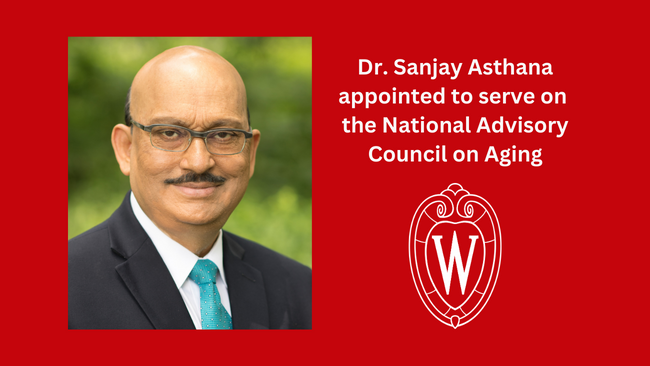 Sanjay Asthana, MD, is the founding director of the Wisconsin Alzheimer’s Disease Research Center (ADRC) and an internationally renowned researcher and leader in the field of Alzheimer’s disease. The US Secretary of Health and Human Services and the Director of the National Institutes of Health (NIH) have invited Asthana, professor and Duncan G. and Lottie H. Ballantine Chair, Geriatrics and Gerontology, to serve a four-year appointment on the National Advisory Council on Aging, part of the NIH’s National Institute on Aging.

In addition to Asthana’s role as director of the Wisconsin ADRC, he holds myriad leadership positions at the University of Wisconsin, including associate dean for gerontology, director of the Geriatric Research, Education and Clinical Center (GRECC) at the William S. Middleton Memorial Veteran’s Hospital, and director of the NIH-funded Biology of Aging and Age-Related Diseases Training Grant.